Every run that I use music on, I start with the same song. Kanye West's Power. Even if I am not using music, I am often singing the song in my head. It keeps me from running as fast as those around me, as I tend to start off way too fast.

This run gets lonely because I am by myself for most of it. Yes, there are bands and people and tons of things to see & hear at The Boilermaker. However, this is my fighting playlist.

I've scheduled 2.5 hours worth of music. I won't start it until after the first mile. I've managed the music in the same way I plan on taking on the race. In the three 5K style. So I've got a song every 45 minutes or so that signals that it's the start of another leg.

My tracking number is  U70577LAB just encase I can't sign up for the split times to be posted to my twitter or facebook.  I'm still scared but I know I'm going to do it. So listen along and cheer me on from your bed or couch. It starts at 8am and I'll be finished by 10:30. This year, I'm finishing a beer at the end. Last year, I didn't even want to see one. 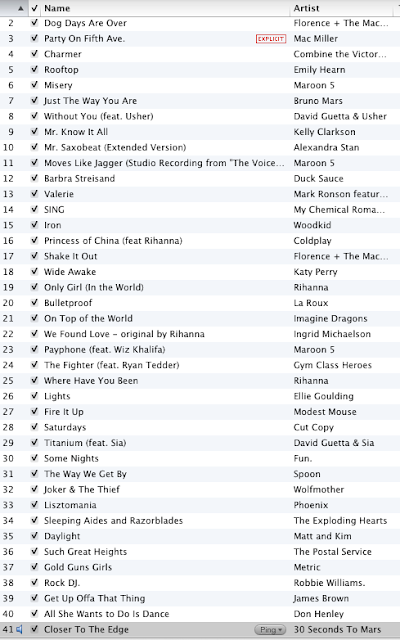